This year has been an absolute shit show for my reading habits. My love for big chunky books has shrivelled up and died in the corner and it’s hard to hold my attention. My saving grace has been middle grade books. They have been sweet, wholesome, brutal and everything I needed to keep reading this year.

My favourites so far:

Synopsis – Melody Finch is a story about the hardships of drought in Australia’s Murray Darling Basin river system, as seen through the eyes of its native wildlife. When Melody Klomp turns into a Diamond Firetail Finch, she learns from a secret network of frog spies that big rains are coming. An amazing journey begins from Charleville in Queensland to the Coorong in South Australia, so Melody can tell her Nana of the incoming rains before she sells her beloved tour boat, The Isabella. Along the way, Melody meets many wonderful birds, frogs, seals, and even a platypus. At the end of her journey, she and her network of bird friends must fight together to defeat an evil net fisherman and his pet osprey, Silverclaw, to protect the future of all animals living in the Coorong. – AMAZON

The Ship Of Shadows by Maria Kuzniar – (Review) 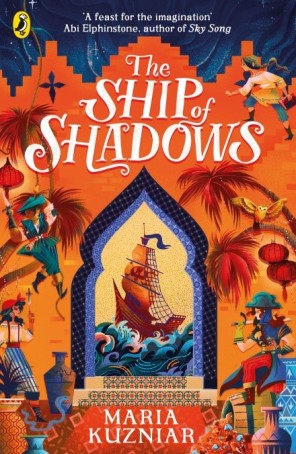 Synopsis – Aleja whiles away her days in her family’s dusty tavern in Seville, dreaming of distant lands and believing in the kind of magic that she’s only ever read about in books. After all, she’s always being told that girls can’t be explorers.

But her life is changed forever when adventure comes for her in the form of a fabled vessel called the Ship of Shadows. Crewed by a band of ruthless women, with cabin walls dripping with secrets, the ship has sailed right out of a legend. And it wants Aleja.

Once on board its shadowy deck, she begins to realize that the sea holds more secrets than she ever could have imagined. The crew are desperately seeking something, and their path will take them through treacherous waters and force them to confront nightmare creatures and pitch-dark magic. It will take all of Aleja’s strength and courage to gain the trust of her fellow pirates – and discover what they are risking everything to find. – AMAZON

Synopsis – Girls are forbidden to practice story magic. Only bad things happen when they do. Everyone knows this, but that doesn’t stop twelve-year-old Kaya A’Dor from learning the basics from her older brother Hob. The trick is to sense a listener, one of the magical beings that inhabit the world, and tell it a story. If the listener is pleased and likes the story, it will allow the storyteller to work magic.
Although Kaya knows the risks, she attempts a little story magic to impress Hob. When Hob is taken prisoner in Prima, the faraway capital city, Kaya is convinced it’s her fault, either because someone discovered what she was doing or because the bad luck has found her.
Desperate to save her brother, Kaya will do anything to make it to Prima, including story magic. With each story she tells her ability to wield story magic grows and she soon begins to wonder if her brother’s imprisonment was really her fault or something else entirely. Each story brings her one step closer to finding Hob and leaving everything she’s ever known behind. – AMAZON

Choosing just 3 wasn’t easy, but I got it together. They would all make wonderful gifts, I’m bummed I don’t have anyone to gift them to. Happy reading.