A post where I can brag about my new books? Yes please. Granted I definitely won’t have something to post every week, I’ll just do it as required. I will be including everything from my purchases, to NetGalley, gifts and books from authors. For more information head over to Tynga’s reviews. 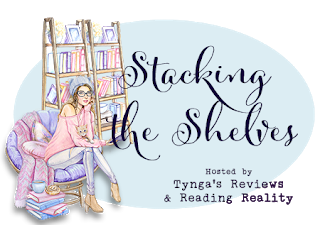 I have spent this month reading all the reviews and recommendation posts and one thing I have realised is that the sci-fi genre is huge. There are so many different sub genres that pretty much anyone could find something they like. While I have been doing my best not to purchase every awesome book I see, I have been very inspired.

No Man’s Land by Ben Magid 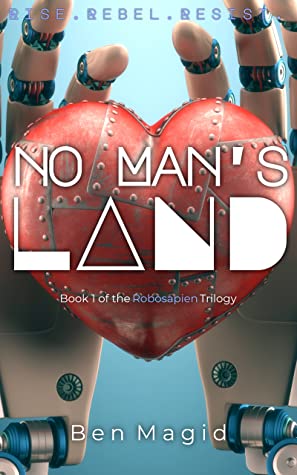 Synopsis – “My name is Rebel Anne Rae… and I am the last remaining human alive on planet Earth.”

When the robot uprising began, humans fled a planet in cataclysmic decline — mistakenly leaving behind a solitary girl.
Marooned in a dangerous, dystopian world, Rebel is forced to survive and avoid detection among androids intent on hunting her down. Her only chance for safety lies with Thomas, a young Mech willing to help reunite her with her people.

Caught between two warring factions, Rebel is forced to decide the fate of the Mech she’s grown to love, or her own people — who want their planet back.

Doors of Sleep: Journals of Zaxony Delatree by Tim Pratt

Synopsis – What would you do if you woke up and found yourself in a parallel universe under an alien sky? This is the question Zax Delatree must answer every time he closes his eyes.

Every time Zax Delatree falls asleep, he travels to a new reality. He has no control over his destination and never knows what he will see when he opens his eyes. Sometimes he wakes up in technological utopias, and other times in the bombed-out ruins of collapsed civilizations. All he has to live by are his wits and the small aides he has picked up along the way – technological advantages from techno-utopias, sedatives to escape dangerous worlds, and stimulants to extend his stay in pleasant ones.

Thankfully, Zax isn’t always alone. He can take people with him, if they’re unconscious in his arms when he falls asleep. But someone unwelcome is on his tail, and they are after something that Zax cannot spare – the blood running through his veins, the power to travel through worlds…

Zoey Punches the Future in the Dick by David Wong

Synopsis – Nightmarish villains with superhuman enhancements. An all-seeing social network that tracks your every move. Mysterious, smooth-talking power players who lurk behind the scenes. A young woman suddenly in charge of the most decadent city in the world–and her very smelly cat.

Zoey Ashe is like a fish so far out of water that it has achieved orbit. She finds herself struggling to establish rule over a sprawling empire while Tabula Ra$a’s rogue’s gallery of larger-than-life crime bosses and corrupt plutocrats smell weakness. Tensions brew across the city.

A steamer trunk-sized box arrives at Zoey’s door, and she and her bodyguard Wu are shocked to find that it contains a disemboweled corpse, and even more shocked when that corpse, controlled by an unknown party, rises from the box and goes on a rampage through the house. After being subdued, it speaks in an electronic voice, accusing Zoey of being its murderer. Soon, it makes the same claim to the public at large, along with the promise of a cash reward for proof that Zoey and the Suits are behind the crime.

Now Zoey is having doubts of her own: Is she 100% sure that someone on her team didn’t do this? She also doesn’t even have a complete list of what businesses she owns, or what exact laws her organization is still breaking. So what does she really know?

I’m impressed I have had some self control this month. I have ended up with a nice long list of books I want to get though. Maybe I’ll get myself a couple for Christmas.