I’m pretty much the worst reviewer ever this year. I’m struggling to review everything I read and it has meant some truly brilliant books have slipped through the gaps. So I thought this would be a good way to alleviate my guilt while shoving my love of an author and his books straight into your eyeballs.

Alan Baxter is an English/Australian author, who writes dark, gritty, often brutal urban fantasy and horror, so I figured October would be the perfect time to showcase some of his work.

First up is The Roo, it’s gore, it’s slasher mayhem, it’s a heart wrenching look at the domestic violence epidemic in Australia. I laughed my ass off throughout this one. The over the top Aussie, bogan slang peppered throughout made this book 100% complete. 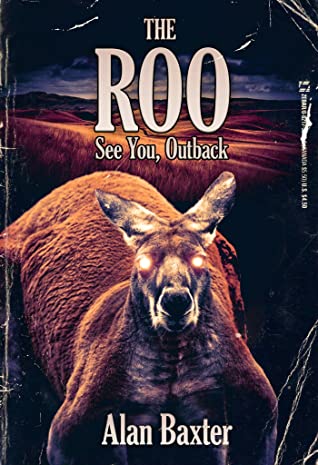 Synopsis – Something is wrong in the small outback town of Morgan Creek.

A farmer goes missing after a blue in the pub. A teenage couple fail to show up for work. When Patrick and Sheila McDonough investigate, they discover the missing persons list is growing. Before they realise what’s happening, the residents of the remote town find themselves in a fight for their lives against a foe they would never have suspected.

And the dry red earth will run with blood.

This book is so incredibly clever and more than you first think. Also chances are you may have heard of a few of the characters.

Next up Devouring Dark. This one is messed up. I thoroughly enjoyed the deep dive into all things death. 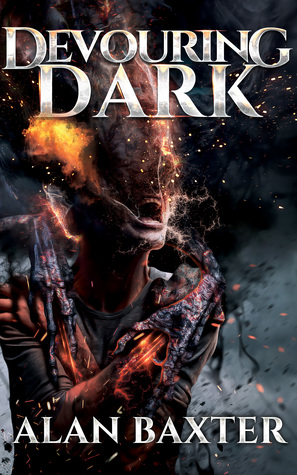 Synopsis – DEVOURING DARK is an urban horror novel about a man plagued since childhood by a malevolent darkness that threatens to consume him. After a lifetime spent wrestling for control over this onslaught, Matt McLeod has learned to wield his mysterious paranormal skill to achieve an odious goal: retribution as a supernatural vigilante.

When one such hit goes bad, McLeod finds himself ensnared in a multi-tentacled criminal enterprise caught between a corrupt cop and a brutal mobster. His only promise of salvation may be a bewitching woman who shares his dark talent but has murderous designs of her own.

Yes, it is just as good as it sounds.

Hidden City is almost my favourite. It affected me way more than I expected. Check my review. 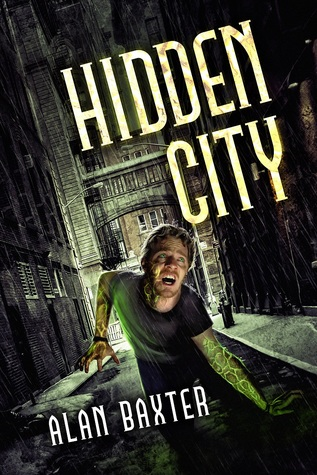 Synopsis – When the city suffers, everyone suffers.

Steven Hines listened to the city and the city spoke. Cleveport told him she was sick. With his unnatural connection to her, that meant Hines was sick too. But when his friend, Detective Abby Jones, comes to him for help investigating a series of deaths with no discernible cause, Hines can’t say no. Then strange fungal growths begin to appear in the streets, affecting anyone who gets too close, turning them into violent lunatics.

As the mayhem escalates and officials start to seal Cleveport off from the rest of the world, Hines knows the trouble has only just begun.

I loved the premise of this one, the city got under my skin.

Next up is one of the most exceptional books I’ve read. Manifest Recall has one of all time favourite characters, Eli Carver. His story is superb. It’s a gritty, intense read that packs an emotional wallop. 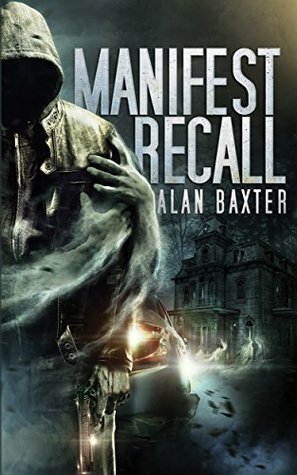 Synopsis – Following a psychotic break, Eli Carver finds himself on the run, behind the wheel of a car that’s not his own, and in the company of a terrified woman he doesn’t know. As layers of ugly truth are peeled back and dark secrets are revealed, the duo find themselves in a struggle for survival when they unravel a mystery that pits them against the most dangerous forces in their lives.

This book packs so much into it’s 160 pages. Read it… Read it NOW. Also book two is out, Recall Night, so you can dive straight in.

Those are just a few of his many, many, works. He has won too many awards, too many to list here so I’m going to give you his bio and link his socials.

Alan Baxter is a multi-award-winning author of horror, supernatural thrillers, and dark fantasy liberally mixed with crime, mystery, and noir. He’s also a martial arts expert, a whisky-soaked swear monkey, and dog lover. He creates dark, weird stories among dairy paddocks on the beautiful south coast of NSW, Australia, where he lives with his wife, son and hound.

I hope you find something here that interests you and maybe you just might make it your October read.