Hosted by Taking on a World of Words, you answer 3 questions and hey presto, you are all done.

What are you currently reading?

What did you recently finish reading?

What do you think you’ll read next? 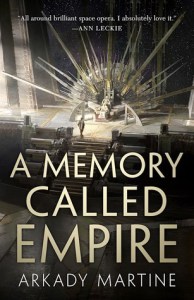 A Memory Called Empire by Arkady Martine – This wasn’t on my tbr for this month. but I needed a book that started with A for my reading challenge and I have been looking for an excuse to pick this one up. So far I have zero regrets.

Synopsis – Ambassador Mahit Dzmare arrives in the center of the multi-system Teixcalaanli Empire only to discover that her predecessor, the previous ambassador from their small but fiercely independent mining Station, has died. But no one will admit that his death wasn’t an accident—or that Mahit might be next to die, during a time of political instability in the highest echelons of the imperial court.

Now, Mahit must discover who is behind the murder, rescue herself, and save her Station from Teixcalaan’s unceasing expansion—all while navigating an alien culture that is all too seductive, engaging in intrigues of her own, and hiding a deadly technological secret—one that might spell the end of her Station and her way of life—or rescue it from annihilation. 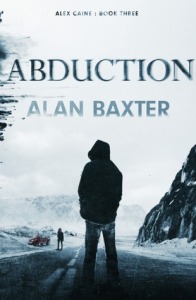 Caine series very nicely, it did leave me wondering if we might get more from this world in the future.

Synopsis – The past often catches up with you, but when it’s Alex Caine’s past the results can be deadly… In this third Alex Caine book, sequel to the bestsellers Bound and Obsidian, old enemies and new share a common goal. Alex Caine hates to be the centre of attention, but he and Silhouette need to pull together as the world is threatened once more and only Alex can save it.

I’m hoping to do a series wrap up or spotlight soon, I’m struggling with putting reviews together at the moment. 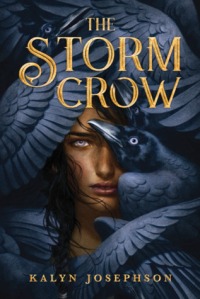 The Storm Crow by Kalyn Josephson – This is another for a reading challenge, but I’m going to attempt to buddy read it with my daughter. It was a cover buy, it’s beautiful.

Synopsis – In the tropical kingdom of Rhodaire, magical, elemental Crows are part of every aspect of life…until the Illucian empire invades, destroying everything.

That terrible night has thrown Princess Anthia into a deep depression. Her sister Caliza is busy running the kingdom after their mother’s death, but all Thia can do is think of all she has lost.

But when Caliza is forced to agree to a marriage between Thia and the crown prince of Illucia, Thia is finally spurred into action. And after stumbling upon a hidden Crow egg in the rubble of a rookery, she and her sister devise a dangerous plan to hatch the egg in secret and get back what was taken from them.

Have you read any of these and what are you reading at the moment?