Hey, Hello, Welcome. Its been well over a month since I even attempted to do anything blog related. I have a habit of going hard at something and then completely dying in the arse and it’s very obvious when you look at the way I post. Some months I post several times a week, others I only post once and December, well that was the month of silence. I didn’t even read a book in December. I had a dnf but that is it. I was all kinds of busy in December, it was chaos. The erratic posting probably won’t change in 2020.
My productivity levels are often tied to my mental health, which cycles throughout the year. When I’m hyper focused I can smash through posts, but once my brain starts to fog up, I struggle to push through that and that is when I divert my attention to real life stuff. My mental health has definitely done it’s best to kick my ass this past year, and I’ve had months of bouncing of the walls and weeks where I felt like I was suffocating and I didn’t know how to keep functioning. But I have a fantastic support network, a wonderful psychologist, a family that loves me and a husband who can let me hide when needed, hug me when needed and remind me to put the phone down and pay attention to my kids when needed. This isn’t a woe is me post, I don’t expect or need sympathy, it is exactly what the title suggests, a review of my year. All of my year.

Personally –
I had a good 2019. Over the course of the year I probably had a good 6 months or so where my mental health wasn’t the best, but it’s so much easier to deal with when you know what it is. I was diagnosed in 2018 at 35 after suffering from many things for over 22 years. It was an insane relief and it still is. I can pick behaviour patterns a lot better, I can sometimes adjust my behaviour so that I don’t send us bankrupt and best of all I don’t wonder what the hell is going on. There was some time in 2019 where my symptoms scared the shit out of me, I was in the darker side of things for a while, I didn’t know how to fix it. I wasn’t just scared, there was a time when I was terrified. What would happen if I didn’t come good again?
I did though and if it happens again, I’ll get through it then as well.

One of my favourite things that has happened this year is my relationship with my daughter. It just feels like it gets stronger and stronger. We chat, I’m her sounding board, I’m pretty sure I know everything about her friends, she chooses to hang out in the same vicinity as us again. It’s nice. (She is 14 so getting her out of her bat cave is sometimes a mission.)

We visited family interstate, we watched our best friends get married, we have new goals, new work opportunities.

Speaking of work, I completely stepped outside of my comfort zone and got a second job. It was completely outside my realm of experience. That is what has kept me so busy for most of December. It was a huge deal for me to even try something different. While I learned a hell of a lot in a very short amount of time, I also learnt that I’m not interested in giving up so much time with my kids for a job. I’m very lucky that I have a flexible job that I love to fall back on, so as of next week I’m back to pet sitting and dog walking and being able to take my kids where they need to go.

Oh and I must say because I’m ridiculously proud, my son got the academic achievement award in his class for the year. PlayStation, TV and the iPad are doing a great job at teaching him everything he needs to know lol. He is so smart, even though he refuses to do anything at home. He reads when he wants and is probably reading above his age, but we don’t push, so he really earnt it on his own.

So that is pretty much my personal life for 2019 all wrapped up. It was a good year, I’m going to get super cheesy and say I’m excited for what 2020 has to offer. Different work opportunities, family members getting married, watching my kids grow up, 10 years with my husband. The country may be on fire, but I’m going to do everything in my power to make my families lives the happiest they can be.

It’s time to get to the tv, movie, music and book related content. Some general chatter and some favourites.

Lets start with music. I have had a blast seeing everyone’s Music Monday posts. Spotify has opened up a whole other world for me as well. I generally listen to a bit of everything but my tastes have gone a touch heavier this year.

Honourable mention – Gasoline by I Prevail

Movies – I didn’t watch that many new release movies in 2019. I think I spent more time searching Netflix for a movie rather than watching them. I was just looking back through the movies I went to the cinema and which of those left me feeling entertained.

Abominable – This was sweet and full of magic.

Charlie’s Angels – I took my daughter and her friends, we all thought it was fun and I didn’t pick the twists and turns because it seems I’m a little dense.

Alita: Battle Angel – I took my daughter to see this one and we both really enjoyed it. 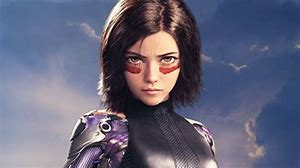 Tv Shows – This is tough. If you ask my husband about me and tv shows he will tell you I’m horrible to watch them with because I don’t ever finish them, and he would be 98% accurate. I started many series this year. I finished two. And I fucking loved them both.

Next up we are onto BOOKS. Kudos to anyone who has stuck around this long… I have read some absolute rippers. Old books, new books, traditionally published, self-published, a bit of everything. I have tentatively taken steps outside of my fantasy comfort zone and read some sci-fi.

I had a wonderful time participating in Self-Published Fantasy Month, hosted by Jason at Off The TBR and Sci-Fi month hosted by the team from @SciFiMonth on Twitter.

I’m totally invested in the SPFBO, some of my favourite books have made it through to the finals and I think at this point it’s anyone’s. The quality of self-published fantasy out there is insane.

Onto my top reads for 2019, in no particular order:

The Quiet At The End Of The World by Lauren James
This book deserves so much more recognition.

Meet Me In The Future: Stories by Kameron Hurley
If you aren’t sure if Hurley’s books are for you, give this a read. You will be a fan.

Silverlegs: Seeds of Rage by Camilla Monk
A dark, gritty surprise. Loved everything about it.

Touch of Iron by Timandra Whitecastle
Not what I was expecting, it takes Grimdark to a whole new level.

The Sword Of Kaigen by M.L Wang
Heart, culture, magic, this book is everything you could want. 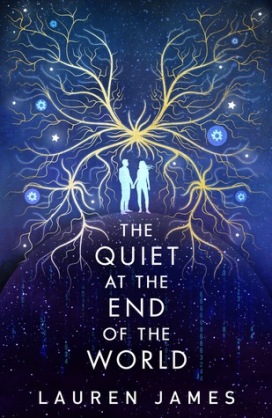 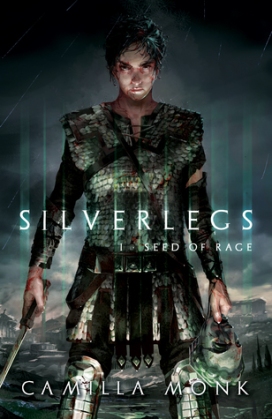 The Traitor God by Cameron Johnston
Everything a sequel should be and so much more.

Emergency Skin by N.K Jemisin
I now want to read everything she has ever written.

Bloodrush by Ben Galley
His character arcs are phenomenal. What a ride.

The Absinthe Earl by Sharon Lynn Fisher
I’m itching for book two. Magic, mythology, romance, it has it all. 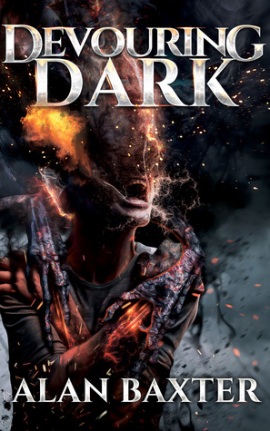 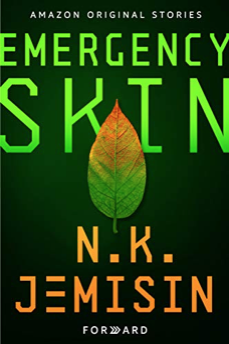 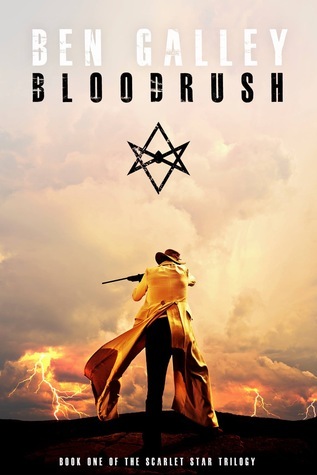 With the list I have made a choice not to repeat any author, and I was surprised to find some of these were 4 stars for me when I read them and they have knocked a few 5 star reads off this list. These books all have something that has stayed with me, usually the characters or the bleak worlds as they are two of my favourite things.
2019 was the year for dark books, it’s probably not going to change any time soon. It’s where I’m comfortable. I read 73 books, I had a goal of 70. I started and finished 2019 with DNFs. 16 reads were self published, with 4 ending up in my top 10 books list.
I have gotten harsher as my average rating on Goodreads was 3.8, and over at NetGally I finally have my percentage above 50%, it won’t last long though, because I’m a book whore.

That’s about it. Looking forward to lots of reading in 2020.