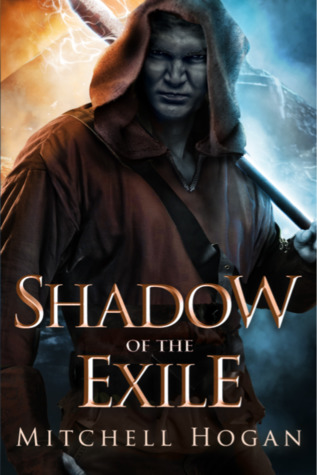 When Tarrik is pulled from his exile, into the human world, he is shocked. He is a higher level demon, he hasn’t seen this world in hundreds of years. Who would even know his name, let alone be strong enough to bind him?
Serenity ‘Ren” Branwen is desperate. On the run from those who wish her harm, she calls Tarrik, she binds him to her will and uses him to set her plans in motion. She is a member of the Nine, hellbent on releasing Samal from his prison. She is cold and ruthless and orders him to kill.

In a world of sorcerers and magic, demons are treated like slaves. They are dragged into this world to do sorcerers bidding. Sometimes they are experimented on, sometimes they are let loose on the world. Demons are complex, they feel everything stronger than a human could. Whether it be anger or lust, their passionate natures make them seem like they have no self-control. But when it comes to higher level demons, like Tarrik, they are masters of self control. They just might not always use it.

Shadow of the Exile (Book 1 Of the Infernal Guardian series) had an awesome old school fantasy feel to it. Tarrik and Ren travelled the world, gathering relics and scheming. Making sure everything is in order for the release of Samal. They run into trouble wherever they go and have to rely on each other to get out of some very sticky situations; From mad sorcerers to demons, it’s chaos.

Tarrik is a complex, endearing, ruthless, scheming character. I loved him. I think he was written really well and his displays of emotion contrasted with Ren’s cold, business like manner really well. He showed a lot more “humanity” than 90% of the actual humans in the book and it turns your concept of the term demon on its head.

The world was intriguing; Because of the way Ren travelled we got to see glimpses of many places. While it didn’t go deep into each place we did get a sense of how oppressed the people were by their rulers and governments. It was interesting seeing it from Tarriks viewpoint. He was often disgusted with the behaviour of humans and his thoughts on things were often much more reasonable than those he was judging.

“Ideas are everywhere,” he said. “To imprison someone for history and ideas would mean imprisoning all.”

The writing itself was good, there were a few phrases that were repeated a lot or bits of information that we kept getting given, but other than that it was a solid, fast paced read. The world has so much more room to be explored.

I received a copy of this from the publisher via NetGalley in exchange for an honest review.

Pick yourself up a copy from – Amazon / Book Depository

4 thoughts on “Shadow Of The Exile by Mitchell Hogan”